The world is facing the grave reality of climate change. Floods and droughts are both becoming common. The time is not far when the world may be dealing with severe water and food shortages due to the menace of climate change unless we take the right steps.

The amount of carbon dioxide is increasing in the atmosphere. As a result of increased CO2 and other Greenhouse gasses, the temperature of the atmosphere is rising.

Soil Organic Component (SOC) is the amount of carbon that soil retains due to the partial decomposition of organic matter (Cornell Institute). Most agricultural land soils have less SOC implying that more carbon goes back into the atmosphere contributing to global warming.

Soil erosion is another reason that increases the amount of carbon dioxide. Therefore, there is no denying that Soil has an essential role in accelerating or decreasing the pace of climate change. Healthier soils and sustainable use of land can combat climate change from the ground up.

The consistent conversion of grassland and forestland into cropland enhances carbon dioxide levels in the atmosphere, contributing to climate change.

Why do we Need Healthy Soil?

We need healthy soil because all of the human population and ecosystem rely on it. Moreover, the health of the soil is essential because it can mitigate the effects of climate change.

Furthermore, chances of natural hazards or drastic climate change are less due to the healthy soil. So, the threat to the sustainability of living species reduces significantly.

Soil manages the direction of rainwater, snowmelt, and irrigation water. It filters the rainwater and saves it for the plant’s utilization. The surplus water is reallocated to either nearby water bodies or groundwater, preventing floods.  Healthy soil is more prepared to maintain dynamic ecosystem services such as the

The wet or dense soil absorbs heat and regulates the temperature of the surrounding areas. That’s why the climate of a desert is scorching because it contains dry or looser soil.

Last but not least, we need to take care of the soil because agricultural land constitutes the 7% area of the whole earth surface. Moreover, 7.6 billion people depend upon this 7% agricultural land. Therefore, we need to prevent false harvesting techniques as 24 billion tons of fertile soil is lost every year due to these practices.

Healthy soil supports more than a quarter of the earth’s biodiversity. Soil also plays an essential role in combating climate change. However, wrong farming practices can reduce its ability to act as a carbon sink. It is time to convert degraded soil and adopt soil conversion techniques to restore the health of the soil. Healthier practices can significantly reduce greenhouse gas emissions through agriculture and enhance carbon sequestration. 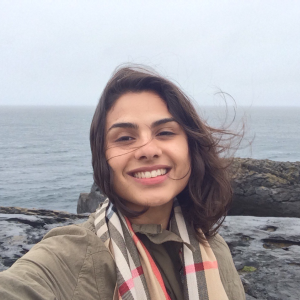 Cristina Gonzalez is a sustainable business owner and an environment activist. She has dedicated her life to creating products that reduce our plastic waste and to educating the masses about the different ways we can protect our planet.

PrevPreviousWhy Does Eating With Bamboo Feel Better For Cancer Patients?
Next5 Tips For Eco-Friendly TravelNext
Pauji Outdoors, LLC® - Copyright 2023 - All Rights Reserved
Made with