BYOC Bring Your Own Cutlery. It Matters.

Amid the accelerating efforts to reduce the single-use of plastic bags, bottles, and straws, plastic cutlery has remained a silent threat. Unlike other plastic items plastic forks, knives, and spoons can take centuries to break down naturally, representing a greater danger to the environment.

Yet, they are everywhere, produced by the billions and thrown away by the billions in a cycle of convenience that proves hard to break. They remain vexing to replace on a large scale and have fewer alternatives overall. That’s because, differently from straws, for instance, which are somewhat easy to replace in large numbers by their biodegradable solution, plastic cutlery is deeply ingrained in both our culture and our economy as a huge commodity. For big facilities, particularly food-service providers, it’s a convenience that beats any dishwasher’s work, while, globally, it is currently a $2.6 billion business.

This means, above all, that the move away from single-use plastic cutlery – and the throw-away culture as a whole – will, at first, depend more on us, consumers, than on anyone or anything else.

Thankfully, the BYO cutlery movement has been picking up steam. People around the world are already experimenting with alternatives that range from grain-based edible cutlery to single-use plant-based utensils that are both compostable and biodegradable, as well as carrying their own.

Companies like Pauji are helping accelerate the transition by creating utensils from plant-based materials, sourced from fast-growing trees like bamboo, that not only provide a reusable solution to the plastic crisis, but that also directly address the throw-away culture and redefine the concept of single-use. They have made it easier for us to personally become a part of the solution, to take matters into our hands.

And because carrying your own cutlery is not a hard thing to do – think about how you probably already carry your own water bottle around – taking part in this movement is also not a challenge; it’s only a matter of changing our habits. And, with that, also acknowledging the idea that reusability is not just a crucial step in fixing the plastic problem, it’s also easier to do than it initially seems. And the more we do it, the more others around us will pick up on the trend.

Read more about it: 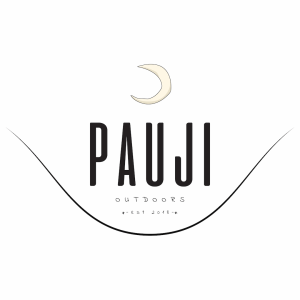 We are always looking to share whatever we find useful or helpful in learning about ways to protect our planet. If you'd like to see more information about a particular topic, please let us know in the comments. Thank you!

PrevPreviousSustainability & Covid. You Don’t Have To Be Wasteful To Stay Protected.
NextWhy Does Eating With Bamboo Feel Better For Cancer Patients?Next
Pauji Outdoors, LLC® - Copyright 2022 - All Rights Reserved
Made with